Prince Hermann of the Cherusci 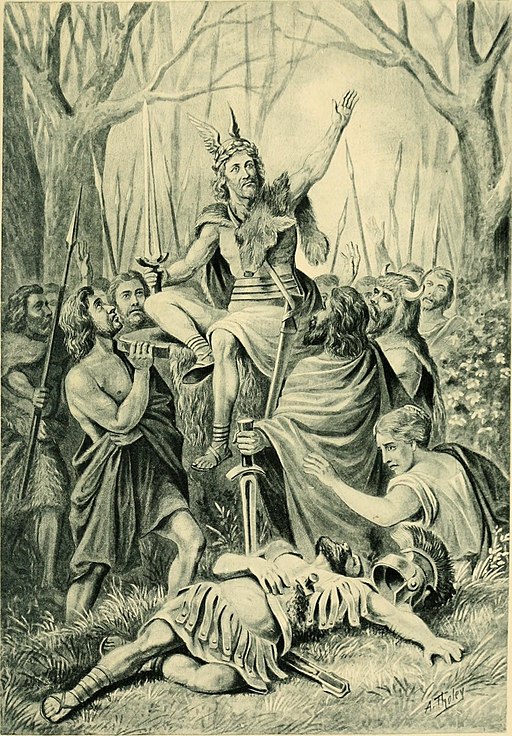 Prince Hermann of the Cherusci, or Gaius Julius Arminius, was born to the Chief of the German
Cherusci Tribe, Segimer in 16 BCE. Segimer was a Roman sympathizer and both of his sons,
Hermann and Flavus, were raised in the Roman empire under Roman “guardianship”. Hermann proved to be equal to the task and it did not take him long to excel as a soldier in the Roman Legions. He earned both roman citizenship and the rank of a Roman Knight before distinguishing himself in His exploits in the Great Illyrian Revolt, after which he was sent to Germania to aid in finishing the conquest of the Germanic Tribes.

Once in Germania again, Hermann was able to quietly unite five Germanic tribes with the
intention of overthrowing the Roman occupation of his land. His deep knowledge of Roman
warfare and his sharp tactical mind lead to the historic Battle of Teutoburg Forest, and Rome’s most devastating defeat. Despite backlash from his Roman sympathizing father and brother and the loss of his wife and then-unborn son, Hermann continued to fight against the Romans and their retaliatory attacks.

Ultimately, Hermann was assassinated by tribal leaders who were frightened of his great
power, in 21 CE. Even so, it was his crucial victory in the Teutoburg Forest that forever changed the face of Germania and the Roman empire.

So, what can we learn from this story?

We no longer have the ancestral homeland to fight for as our ancestors did. We live too
scattered and the countries of our ancestors are not what they once were. However, we still have families, we have ideals and we have Asatru. Every day is a battle to hang onto those ideals that no longer have a proper place in our modern society. Every day is a battle to make our world a little better, a little stronger for those who we leave behind when we die. Patience and fortitude will get us far. So will the knowledge of how to best fight for what we want. With the knowledge of how to do things the right way, it might take that one decisive victory to reshape the future of our Folk.