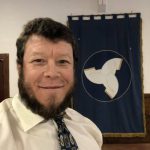 Please join us in welcoming William Migala of Tennessee as the newest Apprentice Folkbuilder of the AFA’s Upper South Region. We have watched this region swell with activity and enthusiasm in the last year and Will is joining a great team in the region led by Witan Svan Herul. Will has shown dedication and persistence thus far and we are excited for the great things he is poised to accomplish in the months and years to come.

Daniel Young Oathed in as Folkbuilder 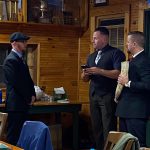 On 10/17/20, Daniel Young took his oath and became a full Folkbuilder and took his place as a member of our AFA Leadership. Daniel’s journey thus far has been impressive to say the least. Daniel has been on the front lines of a very tumultuous region, he has had people let him down and he has stepped up to carry the responsibilities that others dropped. Daniel rose to the challenge and continues to rise. The AFA Upper South and the AFA as a whole are well served with Daniel on the team.

Adam Hudak Oathed in as Folkbuilder 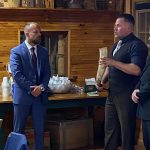 On 10/17/2020, at the 9th AFA Winter Nights in the Poconos, Adam Hudak took his oath and officially joined the ranks of AFA Leadership as a full Folkbuilder. Adam has preformed at the head of the pack in his time as an apprentice. We have the highest hopes and greatest confidence that he will continue to build up his region (AFA Northeast) as well as the AFA, generally, in the months and years to come. We are honored to have Adam with us.

On this day, October 15th, we celebrate the birth of the founder of the Asatru Folk Assembly in 1948. Mr. McNallen was born in Breckenridge, Texas, later attending Midwestern State University in Wichita Falls, Texas. After college he commissioned into the Army as a 2nd Leutenant and served as an army ranger. Mr. McNallen founded the viking brotherhood in 1970, which would later grow into the asatru free assembly, and later the Asatru Folk Assembly in 1995. All American asatruar are only asatruar because Mr. McNallen and his tireless promotion of our faith, without him American heathenry would look very different, if it would exist at all.Happy birthday to our founder and elder of our church, Steve McNallen!! 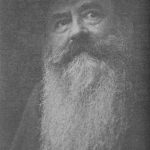 On the 9th day of October, we honor Meister Guido Von List of Austria, author of “The Secret of the Runes”, among other glorious works!

Guido Karl Anton List was born in 1848, in Vienna, Austria, to a fairly wealthy family that worked in the leather industry. He was raised Catholic, but mentioned that his faith in the Æsir started at a young age. He was especially drawn to Wotan.

During his young adult years, he made a living through leather work, just like his father before him. However, he spent much of his free time being an author and a painter, as well as climbing mountains, among other things.

On one particular Midsummer expedition, he he was inspired enough to reject the foreign faith of Catholicism, and affirm his belief in Odin and the Gods of our Folk! This marked the beginning of Meister Von List’s journey into legend.

When his father passed away in 1877, Von List made the decision to leave the leather business behind. Instead of following in his father’s footsteps, he chose to devote his time to work more fitting of a man of Wotan: writing, painting, and esoteric studies. For the next 25 years, his writing gained more and more attention, particularly in nationalist circles, as he slowly became a voice of the Volkisch movement in Germanic Europe. His popularity continued to rise, up until he made his great discovery of the Armanen runes in 1902.

After being blinded for nearly an entire year due to cataract surgery, Von List spent a great deal of time with nothing but his thoughts to entertain him. While blinded, he discovered the Armanen runes, which he believed to be the original language of our Folk. These runes became the basis for his spiritual writings from that point forward, and are now the biggest part of his legacy.

Von List passed away of old age not long after the Great War, in 1919. He left us with many great works: plays, manuscripts, novels, and of course, the Armanen runes. These writings reached many people even in his time, inspiring a group called the High Armanist Order, who dedicated themselves to the worship of Wotan.

Meister Guido Von List is truly worthy of many a raised horn, as his invaluable work has inspired and awakened so many of our Folk. From the High Armanist Order, to Alexander Rud Mills, and even to the Asatru Folk Assembly in modern times, his work has made an astounding difference where there otherwise would have been no divergence from the spiritual path given to us by the Abrahamic faiths.