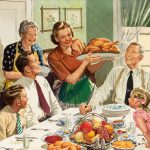 The Asatru Folk Assembly would like to wish folks a very Happy Thanksgiving. The Gods have poured out their blessings on us this year and speaking on behalf of the AFA, I want to say how truly thankful we are.

Pay Off the Hof Fundraiser Update 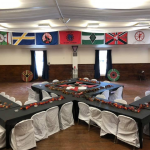 We are now a month and a half into our 3 month Pay Off the Hof Fundraiser. Thank you so much to all the individuals and Kindreds who have donated thus far. Our current total raised is $10,426.51. Your continued generosity and support, combined with the blessings of our Gods, make all this possible. 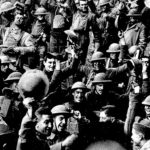 The Asatru Folk Assembly would like to wish a very happy Veterans Day to all the men who have answered the call to battle. Your bravery is an inspiration to us all. We honor you today and every day. THANK YOU for your service. 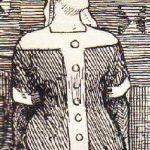 Out of the olden stories and histories comes a story of Sigrid Storrada, a daughter of a Swedish nobleman. Here is a tale of a strong woman dedicated to her ancestors and to the spirituality of her forebears. Early on she appears to us as the queen of king Eric the Victorious of Sweden, but all to soon he perished and she found herself a widow with many estates and riches, but no husband. Several suitors quickly approached Sigrid seeking her hand in marriage, but she rebuffed each one until, eventually, Olaf Tryggvasson was able to get her to agree to marriage. They met before their planned nuptials to discuss the wedding ceremony, their expectations, etc. At this meeting Olaf told Sigrid she would have to convert to his religion, christianity, if they were to be married. To this she immediately replied, “I will not part from the faith which my forefathers have kept before me.”
Olaf, great beacon of his faith that he was, flew into a rage, slapped her and incurred her wrath. Sigrid, as calmly as possible replied to Olaf, “This may someday be thy death.” And as quickly as it had happened, the wedding ceremony was off, and the two became the bitterest of enemies.
Time went by and Sigrid was wed to Sweyn Forkbeard, king of Denmark and sworn enemy of king Olaf. Eventually differences turned into a full out war and Olaf met Sweyn in combat at the Battle of Swold where Olaf was killed, making Sigrid’s word’s very prophetic indeed.
Today we also find ourselves having to decide whether we will embrace the faith of our ancient forefathers or allow ourselves to become spiritless shells of humanity with nothing more to believe in than rampant consumerism and the false dogma of equality of the masses. When we take a stand and embrace those cultural values, beliefs, and ancestral ways, we take a stand for our ancestors, our holy Gods, and our noble folk. We take a stand just as Sigrid did that fateful day against Olaf the tyrant. Let us remember her bravery and allow it to guide us today. Hail Sigrid!!!

Pay Off the Hof Fundraiser Update 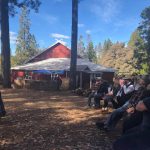 We are one month into our “Pay Off the Hof” fundraiser. In the first month we have been able to raise $8699.70. This is huge.Thank you all so much. Your generosity is an inspiration. Establishing physical Hofs is a massive step forward. At Óðinshof we have seen how having a Hof makes everything so much better and affords our church countless opportunities that we would never have otherwise. With your continues help and support, we will pay this sacred Hof off and we will continue to build Hofs wherever we have devoted AFA family to fill it. We can do this! We will do this!

We need your help to make it happen. Please go to www.runestone.org click the donate button and reference the Hof. Victory is at hand. 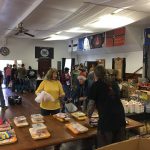 We had another great day at Óðinshof helping out the good and hungry people of Brownsville. This is our 6th monthly food give distribution and the crowd of hungry people continues to grow as does our warm relationship with this community. We extend a huge thank you to our partners in this, the Yuba-Sutter Food Bank, Inc. for giving us this amazing opportunity.